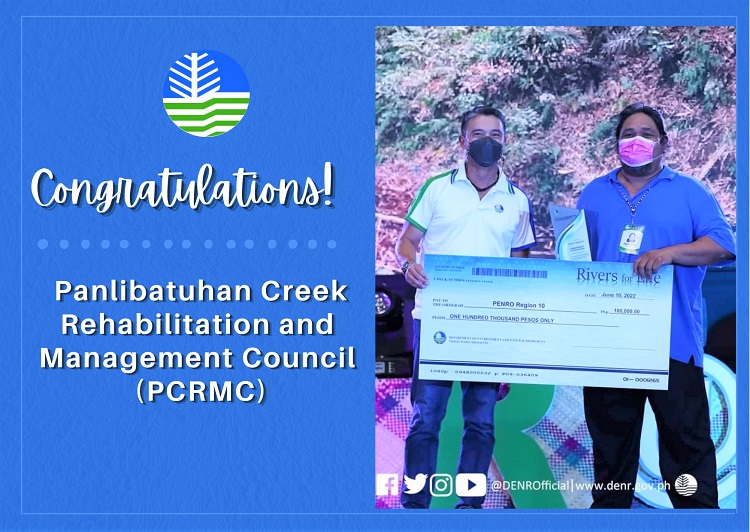 The Panlibatuhan Creek in Valencia City, Bukidnon emerged as the national champion of the recently concluded 2021 Search for Recognizing Individuals/Institutions towards Vibrant and Enhanced Rivers (RIVERs) for Life Award of the Department of Environment and Natural Resources.

The CENRO of Valencia City spearheaded and coordinated with LGU Valencia City which created Panlibatuhan Creek Rehabilitation and Management Council (PCRMC). The PCRMC is composed of various partners from the Local Government Unit of Valencia, national line agencies, private sectors, and Indigenous People chaired by the City Government of Valencia, Bukidnon.

The criteria for judging include Water Quality Improvement and Aesthetics, Solid Waste Management, Program Sustainability and Information Education and Communication Campaign (IEC) and other activities interventions and innovations.

It is noteworthy to know that Panlibatuhan Creek was one of the first settlement areas of the tribes in Valencia City after it was separated as part of Malaybalay City. It was named as Panlibatuhan because the area was thickly forested by tree species called “Malibato trees”. Activities undertaken by the CENRO Valencia and the PCRMC whereas regular community clean-ups, and proper solid waste management, the City Government Unit of Valencia was able to clean and improve the water quality of the river before and after making it as the official entry of Region 10 Search for the RIVERs Life Awards.

The RIVERs for Life Awards was launched to recognize the efforts of supervising and implementing Provincial Environment and Natural Resources Officers (PENROs) and Community Environment and Natural Resources Officers (CENROs) to achieve the cleanest state of the rivers in their respective areas of jurisdiction (Rizza Bebs B. Alpas). RSCIG # 06-165-2022 #TayoAngKalikasan 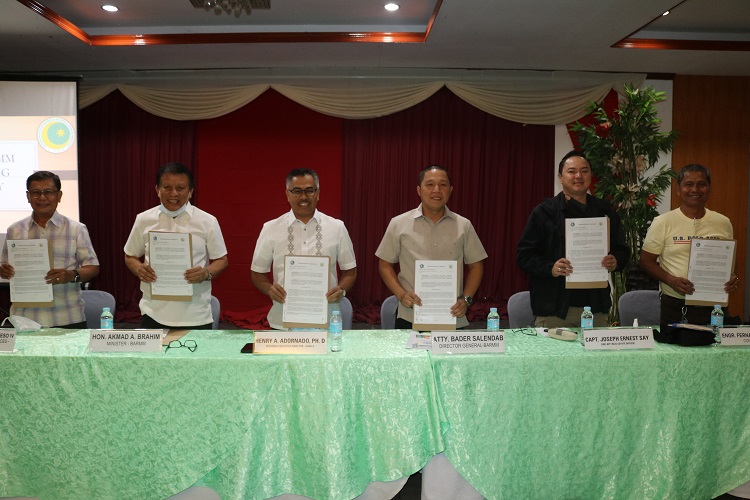 After a series of meetings, consultations and negotiations, the Department of Environment and Natural Resources, Region X (DENR X) and the Ministry of Environment, Natural Resources and Energy-Bangsamoro Autonomous Region in Muslim Mindanao (MENRE-BARMM) signed the Memorandum of Agreement (MOA) for the conduct of Relocation Survey and Mapping of Camp Kibaritan under Presidential Proclamation 134 on May 5, 2022 in Cotabato City.

DENR X Regional Executive Director (RED) Henry A. Adornado and MENRE-BARMM Minister Akmad A. Brahim led the momentous MOA signing. The MOA was aimed to smoothly conduct the relocation survey in the five municipalities within the jurisdiction of the BARMM.

BARMM Director General, Lawyer Badr Salendab thanked RED Adornado for the respect and recognition, and sincere determination for coming up with the MOA with the MENRE-BARMM.

Atty. Salendab added that the MOA is not just a simple legal document that provided the rights and obligations, duties and privileges of both parties but also providing the terms of engagement and power of BARMM particularly the MENRE, and appreciation of authority of the BARMM under the Bangsamoro Organic Law of the Republic Act 11054 which is the fruit of the Bangsamoro struggle, he added.

On the other hand, DENR X Legal Division Chief, lawyer Ban Michael C. Pacuribot prior to the signing of the MOA, presented the salient features of the Memorandum of Agreement and briefly discussed the essence of the implementation of the relocation survey of Camp Kibaritan.

Furthermore, after the MOA signing, RED Henry A. Adornado lauded Minister Akmad A. Brahim for supporting the MOA on the relocation survey of Camp Kibaritan. He said both Offices through the MOA signified and sealed a good partnership and relationship. The office is also looking forward to come up with other endeavors where department can help MENRE-BARMM in the future.

He also thanked the survey contractors and expect their full cooperation as far as the MOA is concerned to facilitate the activity. He is optimistic that the activity will resolve problems to determine the metes and bounds of Presidential Proclamation 143. He further said that survey results on the part of the national government can be utilize or share for harmonization of data for future endeavors with MENRE-BARMM.

Moreover, MENRE-BARMM Minister Akmad A. Brahim in behalf of the Honorable Chief Minister Ahod Balawag Ebrahim expressed his support to the relocation survey and mapping implementation of Camp Kibaritan. He assumed that DENR X has already made preparation and planned consultation to communities that will be affected in the process.
He also hoped that the government have instituted proactive measures acceptable to parties concerned so that no sector in our society will be left behind and assured social protection rights.

He disclosed that the comprehensive agreement on Bangsamoro as well as the ongoing implementation of the peace pact, the participation of the local government units (LGUs) and other factors that are critical to the realization of the undertaking will facilitate cooperation and assistance as we cautiously moved forward. The collaboration is also the beginning of our constant desire for the progress of respective regions, he added.

DENR X Assistant Regional Director for Technical Services Felix S. Mirasol, Jr. administered the way forward; he discussed the future activities to be considered after the MOA signing to include the coordination with the five LGUs as well as with barangays affected included in the relocation survey. He also conferred the survey contractors to determine the number of barangays they will be involving and invite the Provincial and Community Environment Natural Resources and Energy Offices (PENREO and CENREO) during consultations and lastly, prioritize the hiring of local laborers and/or technical person to assist the job on the ground during the actual relocation surveys as part of the agreement stipulated in the MOA. 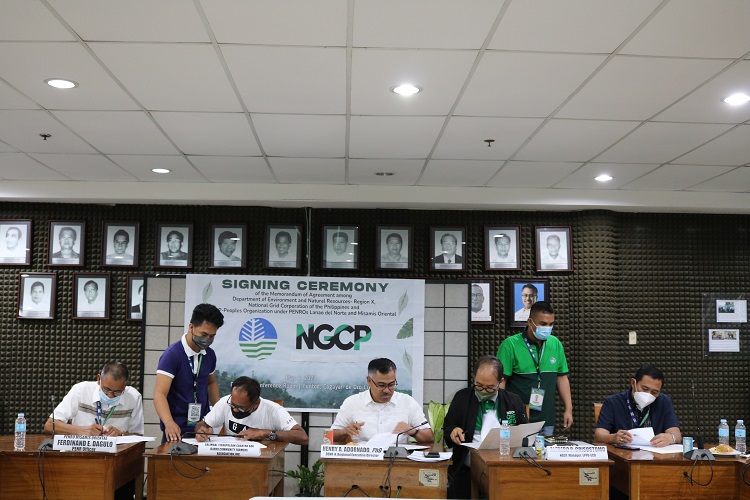 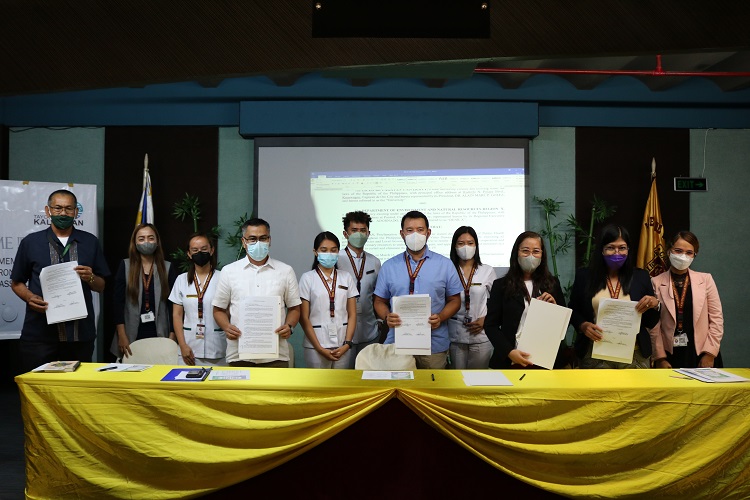 Director Adornado hoped that the ENR ambassadors will take the lead in the environmental commitment to action. He added that the youth have the ability to invent and develop new forms of action that can generate effective responses and solutions to pressing environmental issues.

On the other hand, LDCU President Alain Marc P. Golez thanked the DENR for the opportunity to be partners in the protection and conservation of the environment through the ENR Ambassador Project.

The ENR Ambassador Project aims to develop and empower the students to be competent and credible champions of DENR on the rehabilitation of degraded areas, proper solid waste management, climate change and other environmental issues.

The ENR Ambassadors shall be partners of the DENR in the conduct of IEC, advocacy, social mobilization and partnership-building activities such as, but not limited to, conduct of online meetings, online environmental lectures, and posting of environmental articles in social media sites. 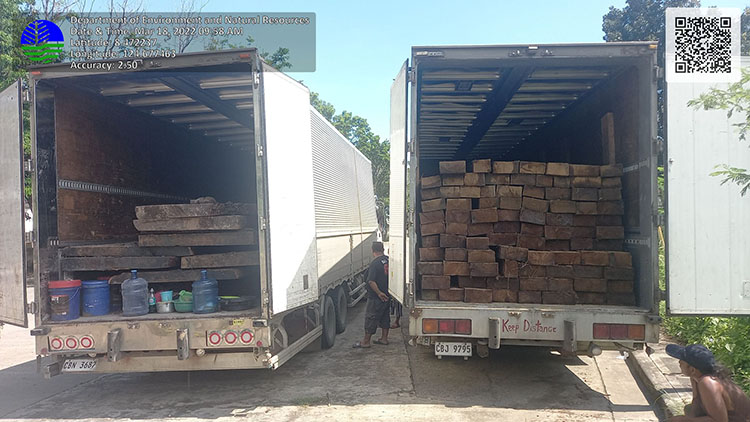 The Department of Environment and Natural Resources, Region X (DENR X)  has recently filed complaint  to the City Prosecutor’s Office  of Cagayan de Oro City  against four individuals for transporting undocumented forest products without authority in violation of   Section 77 of Presidential Decree 705, as amended, otherwise known as the Revised Forestry Code of the Philippines.

The respondents are Manuel E. Atos, Jr., Dante G. Escabosa, Constantino K. Villaraza and Joey E. Marcelo. A bail bond of P120,000 for each person was recommended and approved by the Office of the City Prosecutor in their resolution dated March 21, 2022.

The charges emanates from the apprehension of two-winged van trucks bearing plate nos. CBJ-9795 and CBN-3687 loaded with undocumented forest products by the Criminal Investigation and Detection Group (CIDG) – Field Unit 10 together with the Composite Quick Response Team of the DENR X, along the coastal road of Barangay Lapasan, Cagayan de Oro City on March 18, 2022.

The undocumented forest products has an aggregate volume of 13,547.44 board feet believed to be of Mangkono and Dipterocarp species valued at more than two million pesos. While the two units conveyance estimated value amounted to 2.4M at 1.2M each.

DENR Regional Executive Director Henry A. Adornado said the apprehension will not be made possible without the full support of the CIDG X headed by PCOL Cholijun P. Caduyac. He thanked the CIDG X and the response team from the Provincial Environment and Natural Resources Office of Misamis Oriental, Community Environment and Natural Resources Office (CENRO) of Initao, Misamis Oriental and the region’s Enforcement Division for the successful operation.

He stressed that under his leadership, the DENR X will not only focus on rehabilitation effort but will further step up its campaign in enforcing environmental laws, rules and regulations in the region in line with the instruction of DENR Secretary Jim O. Sampulna.

Adornado reminded the public that transporting undocumented forest products is prohibited and warned those would-be violators not to attempt or pursue illegal activities otherwise they will suffer the consequences pursuant to existing laws, rules and regulations.

While the case is being heard in court, the DENR X through CENRO Initao continues to conduct administrative adjudication proceeding per DENR Administrative Order No. 97-32, series of 1997 or the Rules for the Administrative Adjudication of Illegal Forest Products and the Machinery, Equipment, Tools and Conveyances used in connection therewith.

The undocumented forest products were brought to the depository area for safekeeping pending investigation. (With report from the Legal Division and Enforcement Division) #TayoAngKalikasan