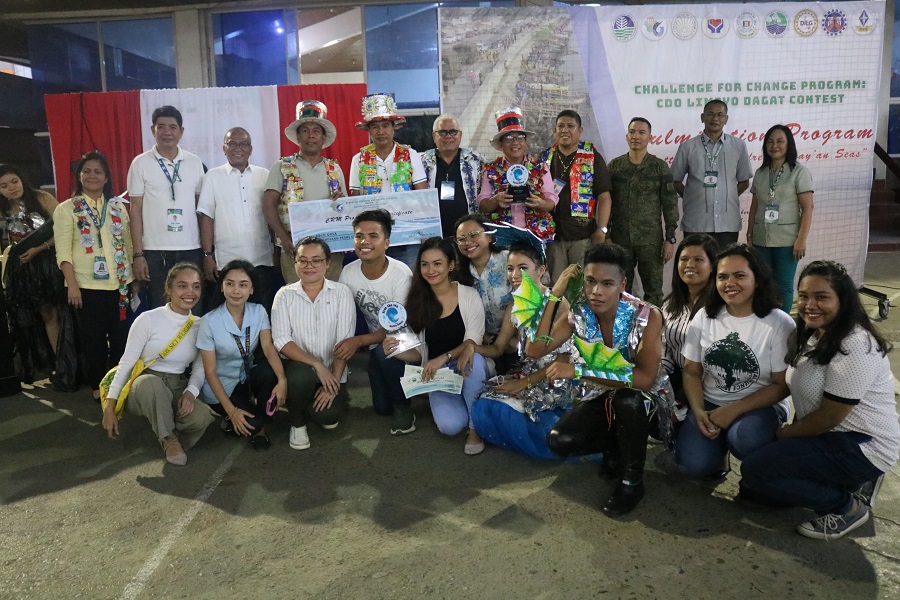 Cagayan de Oro City – Anchored on the theme “Battle for litter-free Kagay-an Seas”, coastal barangays and organizations were recognized during the culmination program of the Challenge for Change Program (CCP): CDO Limpyo Dagat Contest on September 30.

Barangay Bugo was adjudged as the lone winner of Category B (with no CCP Cooperator) and received P50,000 CRM Project fund and a plaque of recognition.

The contest is spearheaded by the Department of Environment and Natural Resources, Region 10 (DENR 10) with the local government of Cagayan de Oro, Bureau of Fisheries and Aquatic Resources (BFAR) and other partner agencies to encourage participation in the environmental protection efforts of the government.

It can be recalled that the contest was launched on June 30, 2019 as a continuing campaign to mobilize the citizenry to conduct regular clean-up activities in their barangays.