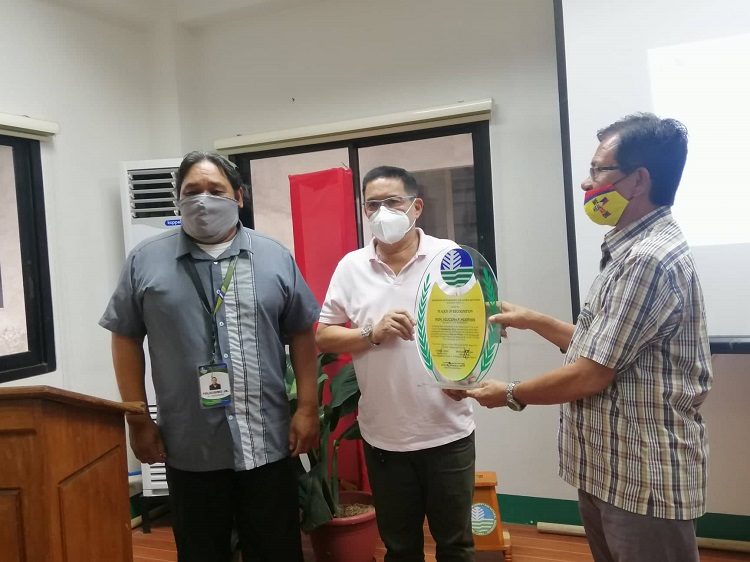 Panlibatuhan River in Valencia City emerged as the winner in the recently concluded Regional Search for Recognizing Institutions/Individuals Towards Vibrant and Enhanced Rivers (R.I.V.E.Rs) for Life Award for FY 2019 of the Department of Environment and Natural Resources, Region X (DENR X).

R.I.V.E.Rs for Life Award was institutionalized by Secretary Roy A. Cimatu to raise awareness on the need to protect and conserve rivers and encourage partnership with stakeholders to sustain the cleanliness of rivers in the country.

DENR X Regional Executive Director (RED) Arleigh J. Adorable disclosed that the local government of Valencia City under Mayor Azucena P. Huervas received a Plaque of Recognition from DENR X for having been instrumental in the improvement of the water quality of Panlibatuhan River and promoting solid waste management and sustaining partnership and community clean-ups.

He further revealed that the winner will be the official entry of DENX for the National Search for R.I.V.E.Rs for Life Award for FY 2020.

The Community Environment and Natural Resources Office of Valencia City was also awarded a Plaque of Appreciation for their invaluable contribution in the rehabilitation of Panlibatuhan River and pursuing environmental awareness and activism in the locality.

The rivers are classified by EMB as Class C or those assessed to be safe for propagation of aquatic fish, boating, fishing and other recreational use, agriculture, irrigation and livestock watering. #TayoAngKalikasan RPAO # 07-182-2020