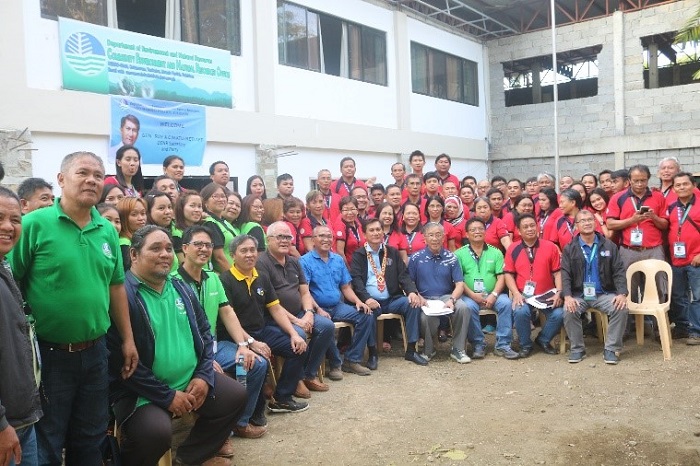 The Secretary was accompanied by Chief of Staff and Undersecretary for Field Operations, (USEC) Rodolfo C. Garcia and other military comrades.

Secretary Cimatu expressed his overwhelming appreciation to DENR personnel in Bukidnon for being in full support of his visit.

Secretary Cimatu called to accelerate the issuance of Free Patents of Alienable and Disposable lands. With regard to the Bukidnon Forest Incorporated (BFI), he instructed OIC, PENRO Alima, also the concurrent BFI General Manager, to pay the outstanding unpaid salaries of the BFI employees and start planting bamboo species both in BFI and National Greening Program (NGP) areas.

He commended the Province of Bukidnon for being one among the provinces who have the highest survival rate in ENGP and likewise the top contributor of the country’s forest cover. He encouraged the people of Bukidnon to upkeep the record.

Secretary Cimatu also acknowledged all the job order employees. He challenged them to learn thoroughly the laws implemented by the Department and promised security of career to those with civil service eligibility.