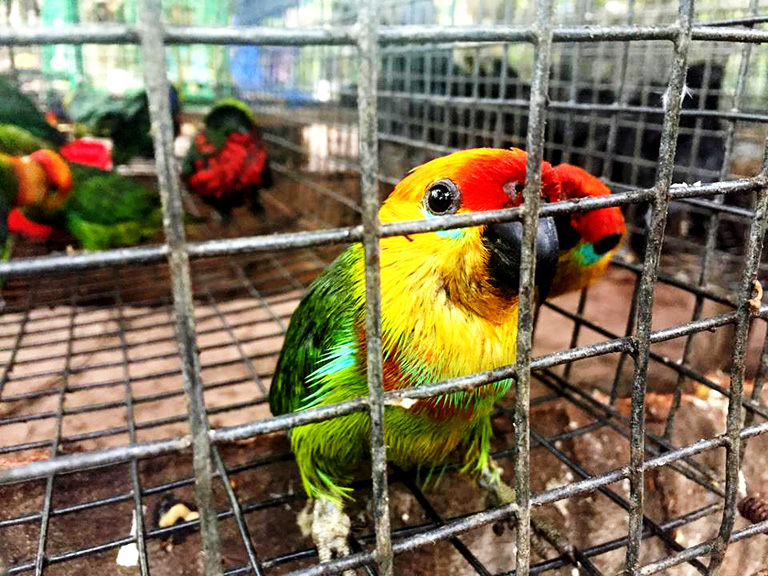 A large fig parrot (Psittaculirostrisdesmarestii) looks outside its cage, as if seeking for a renewed hope that awaits its fellow kind. Some 10individuals of the large fig parrot were among those seized by the Department of Environment and Natural Resources (DENR) and its partner agencies during a recent wildlife law enforcement operations in Barangay Dahican, Mati City, in Davao Oriental, which resulted in the confiscation of P50-million worth of live exotic animals reportedly smuggled from Indonesia. Large fig parrot islisted in the Appendix II of the Convention on International Trade in Endangered Species of Wild Fauna and Flora (CITES), thus its trade must be controlled to guarantee its survival and protection. ###